BPI Sports B4 is another one-pill-a-day supplement, which has been developed to help the user burn fat primarily. It’s been given the name B4 because of course it is to be taken before working out. The basic mechanism it is supposed to induce is an increase in the body’s access to fat stores it can use as fuel during exercise.

The way it is described in the BPI product copy, B4 has been formulated to provide a duel effect via neurotransmitter support with the intent of promoting central nervous system (CNS) stimulation to both suppress appetite and improve cognitive function. The cognitive effects include improved mood, focus and energy.

There is something of a nootropic vibe to the way that last part sounds, and these types of supplement are hot stuff right now so it’s interesting to see a fat-burning, performance enhancing product with that element.

It’s a tough prospect to succeed on all those levels though, with only one little pill a day to accomplish it all.

The company is following the current trend of pre-workout pill supplements which is to include a proprietary formula. Most of the larger companies use these ostensibly as a way to “protect” their recipe from competition, but generally it is accepted that it’s more to do with profits than anything else.

You see, with a proprietary blend, the manufacturer only has to write the total product weight (per dose) and then list the ingredients in order of descending quantity. In BPI’s B4 supplement, the ingredient Caffeine is listed first in the blend which means that it constitutes the largest inclusion weight. The last ingredient listed is Yohimbine, which means it is the smallest inclusion.

The most important thing to note about ingredients is their dosage; it pretty much determines the level of the supplement’s efficacy. The proprietary blend takes away that element of judgement. It’s not a complete deal-breaker; there are some very good supplements available which are made with a protected formula, but often it is more so that the less expensive ingredients can be included at a higher volume than the pricey ones. 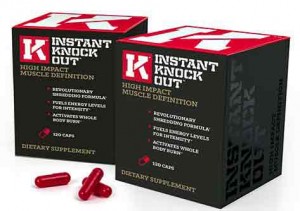 Are you looking for a serious fat-burner to go with your training or daily routine?

Give Instant Knockout a go; you will not be disappointed. It has a proven track record due to its powerful blend of safe ingredients at effective dosage rates, which are all stated on the label.

The bottle of pills states clearly that it is a thermogenic fat-burner, which is also intended to improve cognitive function, focus, elevate mood and provide some increased energy output. A pill that only contains caffeine could promote these benefits as these are all the beneficial effects associated with the drug. Some brief explanations of the rest of the ingredients included are as follows:

Caffeine Anhydrous: the purest form of caffeine acts as a solid CNS stimulant, good for drive, energy, focus, and provides a solid thermogenic fat-burning effect. A proven ingredient on multiple levels, the only issue with caffeine is your tolerance levels for it. If you drink a boat load of coffee a day, it will lessen the effect of caffeine anhydrous. It’s also inadvisable to stack caffeine in supplement form with lots of coffee.

Dendrobium Nobile as DendroMAX (TM): there’s a lot of conjecture surrounding this natural stimulant at present. Some are calling it the next, safer, version of DMAA (a powerful stimulant) while others are simply saying we need more studies on it.

Sword Bean (Canavalia gladiata): again, quite understudied at this point but it’s showing potential for some CNS stimulation and possible medical application for associated diseases.

Psoralea (Psoralea corylifolia): interesting herb indeed. There isn’t extensive research on effects with humans but this could be one to watch for a host of reasons, including some anti-cancer action. As for fat-burning, it appears to interact with dopamine, noradrenaline and adrenaline levels, i.e. another CNS stimulant. Noticing a pattern here?

Red Wine Concentrate: the concentrate part doesn’t mean it’ll make you drunk. It’s for the resveratrol content which in this context might have been invited to the party for its effect on insulin sensitivity, helping partition nutrients and reduce fat amongst other tricks.

Yohimbine: bringing up the rear is possibly the one devoted fat-burner in the pack. It needs more studying to determine why it makes some people anxious but otherwise seems like a bona-fide love-handle remover.

BPI must be running for the most-baffling-ingredient-names-of-the-year award with this one. There’s something naggingly annoying about the lack of inclusion rates and viable research on most of the compounds presented here. A total of 680mg in the proprietary blend indicates their formula could be on the weak side. That said, with so little known about a lot of them. who’s to say what the right dose should be.

As mentioned, Yohimbine has been found to cause some anxiety in some people. Also, just the fact that Dendrobium has been called the next DMAA will be a concern for some. DMAA has been labelled as a danger by the FDA, though that shouldn’t necessarily tar dendrobium with the same brush.

The main feeling about most of the recipe is that it could do with a little more study applied to it before we all start tucking into the ingredients for their stimulating and fat-burning properties.

One pill a day on training days, 20 to 30 minutes before beginning exercise. Same dosage on non-training days.

People with medical conditions and pregnant/nursing women should consult their doctor before taking this or any other dietary supplement.

At this time, there’s not enough to go on to either recommend or advise against it. There are however solid alternatives which you can look at that have excellent reputation, and don’t guard the formula’s inclusion weights. You might have to take more than one pill a day but that’s most likely because the dose is actually effective.

Take a look at Instant Knockout, which is arguably one of the best pre-workout fat-burners on the training supplement market. There’s a review of it on this site and it’s strongly recommended. 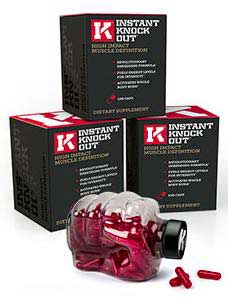 Building muscle, strength, speed and explosive power while keeping your diet under control is one of … END_OF_DOCUMENT_TOKEN_TO_BE_REPLACED

Leanbean is a female fat burner manufactured in the USA. As is normally the case with diet pills for … END_OF_DOCUMENT_TOKEN_TO_BE_REPLACED

Boss Shred is a twelve week workout program created and offered by Boss Workouts. It is specifically … END_OF_DOCUMENT_TOKEN_TO_BE_REPLACED