Looking at a flabby belly, a sagging bottom or a thunderous pair of thighs, it is easy to think that body fat, though it may be located in different areas of the body, is all the same. This is far from being true. There are actually two kinds of fat — white and brown — and there is a growing body of evidence that suggests that brown fat, otherwise known as Brown Adipose Tissue (BAT) may be capable of encouraging weight loss.

What is Brown Adipose Tissue? 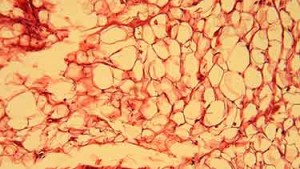 BAT has a darker appearance than white body fat. This is because it contains larger amounts of iron-containing mitochondria. This not only makes BAT look darker; it also provides it with its unique abilities. Mitochondria are the power-producers inside our cells that convert the fuel of calories into energy for a huge number of metabolic processes. Heat is produced during this activity, and when it uses white fat to stoke the fire, this is often called thermogenesis.

Newborn babies contain significantly more BAT, relative to their body size, than adults. They need it. It’s a gift from Mother Nature that helps stay the chills after they are forced from the warmth of the womb into the cold light of day. According to Philipp Scherer, PhD (professor of internal medicine and cell biology at UT Southwestern Medical Center in Dallas), newborns are gifted with BAT in “abundance”, but lose it as they grow older. So an adult body usually contains only limited amounts of BAT.

At the present time it is not completely clear why the body’s BAT stores diminish with age. Part of the explanation might be due to the fact that babies don’t have the capability of shivering. This muscular/nervous system response to the cold helps keep adults warm. The BAT in young babies imitates the warming effect by providing a thermogenic reaction rather than an involuntary muscle spasm. It might be that adults just don’t need the brown fat as much for survival as they develop the ability to shiver in early childhood. A number of studies indicate some adults possess BAT in higher amount than others, more often than not interspersed with white body fat in the neck, shoulders, and upper chest areas. Both fats may be present in these areas, but each one handles lipids (calorie-rich fats) differently.

It has also been observed that those adults with a higher abundance of BAT are generally leaner than people with low stores. Brown fat burns White fat. For these reasons, it will come as no surprise that scientists have discovered that brown fat may actually come from the same stem cells as muscle tissue in more cases than from fat/adipose tissue.

How to Increase Stores of Brown Adipose Tissue

Several experts have speculated it may be possible to encourage the body to increase its stores of BAT by placing the body in a colder environment. Suggested ways to achieve this may include sleeping in a cooler room (19 deg celsius or 66.2 F), going for a walk on a winter’s day, taking a cold shower, or just sitting in a reasonably cold room.

It’s hard to estimate the fat burning potential of BAT, but Schercher believes an increase in its level may result in the body burning off an extra 300 to 400 calories per day.

“Now, that is substantial, but it’s not necessarily going to melt the pounds away,” Schercher says. “However, in combination with lifestyle and diet changes, it could help people get to their target weight faster.”

The most in-depth study of the cold-effect involved a 4 month observation of 5 healthy men who slept in temperature controlled building, observed by monitoring equipment and the study’s scientists. Each month of the study the men slept in rooms of 24, 19, 24 and 27 degrees celsius respectively. The results showed that a colder sleeping environment will indeed increase metabolic activity, thus fat-burning.

During another study, another group of men had their stores of BAT monitored and reasearchers also monitored how much energy they used while at rest, along with their sensitivity to insulin and their ability to metabolize glucose.

When exposed to cooler temperatures, it was discovered the volunteers who were blessed with higher levels of BAT had an increased calorie-burning ability—around 300 more calories than those who possessed lower amounts of BAT.

In another study, conducted in Japan (2013), researchers monitored the fat burning abilities of 12 men who possessed lower than average levels of BAT. The men made daily visits to a 63 degree room and sat there for two hours per day for a period of 6 weeks. At the beginning of the study their calorie burn was just 108 calories, but by the end of the study their calorie burn, while sitting in a cold environment, had increased by an extra 289 calories. This was attributed to an increased level of BAT. 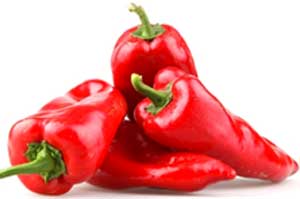 Scientific study appears to indicate levels of brown adipose tissue can be influenced by external temperatures and that lower tempeartures can stimulate the growth of extra BAT. Studies further suggest that an increased amount of BAT can result in significantly improved fat burning abilities. Some experts have speculated the world’s present obesity problem may be partly attributed to a gradual increase in overall temperatures.

This theory may bear closer scrutiny, but at the present moment in time one fact is clear: brown adipose tissue, with its inherrant calorie-burning abilities, is preferable to white adipose tissue that stores those calories away.

Building muscle, strength, speed and explosive power while keeping your diet under control is one of … END_OF_DOCUMENT_TOKEN_TO_BE_REPLACED

Leanbean is a female fat burner manufactured in the USA. As is normally the case with diet pills for … END_OF_DOCUMENT_TOKEN_TO_BE_REPLACED

Boss Shred is a twelve week workout program created and offered by Boss Workouts. It is specifically … END_OF_DOCUMENT_TOKEN_TO_BE_REPLACED