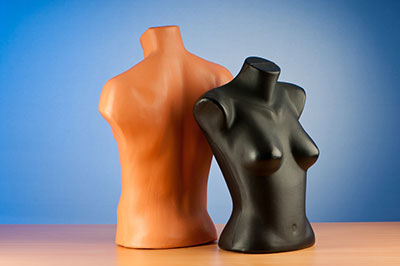 “The Core” means different things to different people. There are the sub-groups of muscles that are located within the main trunk of the human body.

We’ll get to those names in a little while, but for a lot of people going to a gym, there is only one group that they really care about: the rectus abdominis, all too often referred to as “abs” or of course, the “six-pack”.

And while a defined six-pack is impressive to look at, it is far from the complete package of core muscles.

There are even major and minor core muscles if you ask a physiotherapist or kinesiologist, who dedicate their profession to knowing each one of them, and will be the first to tell you how important they are to strengthen before you think about trying to do heavy deadlifts or squats.

For the purposes of this article, the core can be considered as a unit of muscles, which provide a base of strength and stability to the more dynamic muscles of the limbs, not to mention the entire skeletal framework.

Without a core which is at least as strong as the peripheral muscles, problems of imbalance, leading to chronic or acute injury and pain, can manifest. And when these problems set in, they are extremely difficult to reverse without leaving latent damage which may or may not show its ugly face again in the future.

It is much better to build the core almost just ahead of the other muscle groups in order to provide that stability for the addition of mass to come.

Having said that, sometimes it is necessary to correct a problem in this area after many years of gym work and resistance exercise has already passed.

It’t not an insurmountable problem, but it may require faith in the process, and possibly even staying away from the free weights and machines for a while until the body is corrected.

Why Is It a Pillar of Strength? 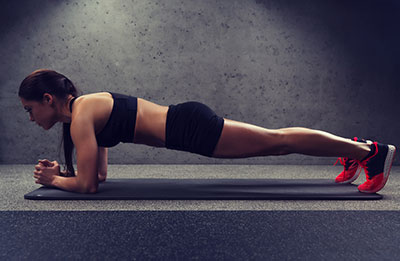 If you have read the above section then the importance of the core muscles should not have escaped you. However where the other movements in this series are undoubtedly important, the core could almost be considered the foundations of the pillars, rather than a 5th.

Not so for the core muscle. They almost always contribute their force isometrically, rather than dynamically.

That is to say, they do not provide the mechanical movements by which to bend a joint under load. They essentially work statically as a brace for the part of the skeleton that they are attached to.

If you could step outside yourself during a barbell squat, and touched your back, sides and front while you are mid-squat, you would feel them to be much firmer than at any other point. This is the outer core muscles acting isometrically to support your body as you move dynamically with the quads, calves and so on.

The same would be happening to the internal core muscles, because, as we have intimated earlier, there are deeper muscles than the abs and obliques.

We’ll stick to the major core muscles for now, given their importance.

This is the pelvic diaphragm which makes up the muscular tissue and associated ligaments and tendons at the base of the pelvis. It holds your guts together, and gives you control over your bladder and bowel / intestines so you’re not caught in a compromising situation every 5 minutes.

Strengthening the pelvic floor should be a religion for new mothers and contributes greatly to their post-natal recovery.

The benefits are clear for everybody though. It’s no surprise that a hell of a lot of lower back problems can be put on the mend by doing similar exercises.

This is basically a wide band of thin muscle that encircles the inside of your abdomen and pelvic area. Like an inner belt to your guts. It’’s so often the problem when people get back injuries that physiotherapists dole out transverse abdominal exercises like free candy.

It’s also the first rehab work for women who have just given birth because after the ordeal they have been through, it’s possibly the most effed up muscle group in the body, along with the pelvic floor.

These are muscles which fill in the spine, essentially giving it support and strength from the sacrum (triangular bone at base of spine forming back wall of pelvis), to the axis which is near the base of the skull.

Weaknesses in the multifidus muscles in the lower part of the spine – the lumbar region – is a common cause of chronic and acute lower back pain.

You can develop them quite easily by doing a number of mild contractions and relaxations of the pelvic floor. To do this you use the same muscles that would stop you peeing mid flow!

In fact, this exercise that you can do anywhere is good for strengthening much of the lower core muscle group, such as the pelvic floor itself and the transverse abs.

These perform a couple of functions. One is to help you exhale by pushing the diaphragm back into the chest cavity to reduce the lungs’ volume.

The second is to act as in concert with the opposite external oblique to allow torsional rotation of the trunk.

The counter to the internal obliques when rotating the torso, they help the limited movement of the spin in flexion and rotation.

They can also function to compress the abdomen to increase intra-abdominal pressure, such as when you need to unblock sinuses by trapping your nose and closing your mouth while gradually increasing pressure as if blowing up a balloon.

The abdominal muscles / abs / six-pack – it’s a paired muscle, the two sides of which run parallel vertically next to one another.

It’s the muscle that far too many people think is “the” core, and they dutifully spend lots of time trying to define it, and get that look.

While exercising the RA is important, it is only one part of the core group, and should only be considered as such, otherwise you can become unbalanced and even injury prone if you have neglected all other core muscles in favour of the flashy washboard.

it might look sexy but it has real function that makes it an important part of the core collective. A good posture relies on the abs, and it is a big player in flexing the spine so that you can bend forward.

It also helps lift the legs when the body is the anchor. The RA also assists in breathing, creating enough pressure for forceful exhalation.

Another paired muscle, but is in fact a lot of independent muscles and tendons which are interconnected.

The ES as a whole starts as a thick, fleshy mass at the lumbar/sacrum region at the bottom of the spin, heavily anchored by thick ligaments and tendons. It forks as it goes higher up the spine into three main sections, the highest of which reaches the top rib.

There are many exercises to strengthen the ES because it covers such a distance in the back. The most effective dynamic movements are perhaps the deadlift and squat which we have discussed in length in this series of articles.

THAT JUST about covers the main core muscles. There are minor ones too which can be thought of as extensions to the core, such as the glutes, lats and traps. There is an argument to say that even the lower pecs could be considered part of this extended core but we have to stop somewhere, otherwise the point of highlighting an area that’s under-exercised by many a gym rat gets lost. 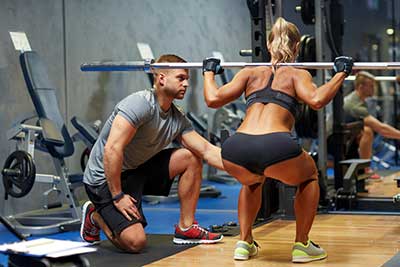 If you are doing the big movements: Deadlift, Squat, Military Press and Bench Press, you are engaging the core as you go.

However, there is a big argument for making the core the focus of a workout once every week, or at least making it a major part of one or two of your lifting days per week.

While some of the core muscles can be effectively trained with dynamic movements, it is used isometrically for the most part, during the large compound lifts.

For that reason, it’s a good idea to dedicate some time to some isometric exercises, and if there’s one that makes the most impact for the amount of time spent on it, it’s the Plank.

At the end of each lift session and before you do cardio, try completing a full 2 minute plank followed by both the right and left side.

You might not be able to do the full 2 minutes to start with, so do what you can and work up to it. Once you hit the 2 minute mark, make a plan for 2:30, and so on.

One of the simpler exercises, the plank, but one that can still be done wrong.

You need to get into a prone position, with the only contact points being your toes (total beginners should start on the knees.

Some people rest the upper body on their forearms (as in the video), but more advanced people might use the straight arm technique with palms on the floor (like being at the top of a pushup), but the shoulders and arms can become the limiter in that case and so we don’t advise it, especially after you have done a heavy movement before.

Your back should be slightly less than parallel with the floor, i.e. your backside lower than your shoulders, and not sticking up in the air.

You will probably start to tremble when the effort becomes a lot. This is essentially the beginnings of muscle failure from isometric exertion. There’s nothing wrong with pushing through some of the burn, but try and keep your position and don’t start bowing in the middle.

Introducing the plank is a small addition time-wise but it will do wonders for your core.

The Other Four Pillars

Building muscle, strength, speed and explosive power while keeping your diet under control is one of … END_OF_DOCUMENT_TOKEN_TO_BE_REPLACED

Leanbean is a female fat burner manufactured in the USA. As is normally the case with diet pills for … END_OF_DOCUMENT_TOKEN_TO_BE_REPLACED

Boss Shred is a twelve week workout program created and offered by Boss Workouts. It is specifically … END_OF_DOCUMENT_TOKEN_TO_BE_REPLACED