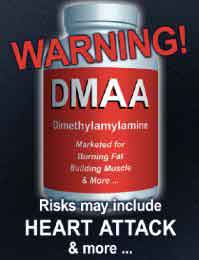 Stimulants of all kinds are a common ingredient in many dietary products, with caffeine being possibly one of the most common inclusions. Caffeine is also an ingredient most people are familiar with because caffeine providers such as coffee, Coca-Cola and numerous “energy drinks” have become an accepted means of waking up tired eyes or adding a little pep to the day.

Many other stimulants are not so well known, however, and dieters end up taking weight loss supplements that contain substances they know little or nothing about. This is an issue that is of some concern because many stimulants are known to present side effects—and that even includes caffeine.

Caffeine-related side effects can range from nausea and headache to jittery feelings and heart palpitations, and whereas none of these sensations are particularly nice, and can even be quite frightening, the negative aspect of caffeine usage are nothing in comparison to the side effects presented by some other forms of stimulant. For the purpose of this article we’ll restrict ourselves to just two of the more popular stimulant forms that are found in many dietary supplements—DMAA and DMBA. 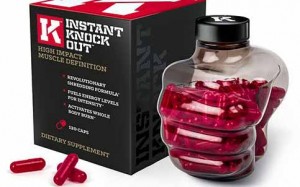 We tend to recommend the epic fat-burner Instant knockout if asked. The fist bottle holds a quality product with safe stimulants in the recipe and not too many of those.

It’s the safe and effective choice.

DMAA (Methylhexanamine) was developed in the 1940s and was primarily inhaled as nasal decongestant, but it has the ability to constrict blood vessels and can have a negative effect on important organs, including the heart and lungs, so the manufacturers withdrew it from the market in 1983.

In 2006 DMAA made a comeback courtesy of the organic chemist Patrick Arnold, who began marketing it as a dietary supplement and sold it under the trademarked name Geranamine. Since then a number of dietary supplement manufacturers have jumped on the DMAA bandwagon and have added it to thier supplements as a fat burning ingredient and energy provider, regardless of the dangers its use may entail.

The FDA has stated DMAA is known to “narrow the blood vessels and arteries, which can elevate blood pressure and may lead to cardiovascular events ranging from shortness of breath and tightening in the chest to heart attack.”

Unfortunately, dieters who have been sold on the promise of fast weight loss results may find it all too easy to ignore such a warning, but it is a warning that should not be taken lightly. At least 5 people have lost their lives through the use of such supplements.

In 2011 an American soldier named Michael Lee Sparling collapsed during a training run and was rushed to hospital, where he went into cardiac arrest and died. As was to be expected considering his line of work, Starling was in excellent physical condition, but prior to the run he had taken a stimulant called Jack3d. The driving force in the formulation was DMAA.

Speaking in April 2013, Daniel Fabricant, the director of FDA’s division of dietary supplements programs, said: “We are very concerned. We think consumers should stay away from products containing DMAA.”

DMAA and products containing DMAA are banned in many countries, but it still remains relatively easy for consumers to purchase such products.

Often found hiding behind the name “AMP Citrate”, DMBA (1,3-dimethylbutylamine) is chemically very similar to DMAA and can be found in an alarming number of supplements. DMBA has never been adequately tested and many experts fear its use may present similar side effects to those attributed to DMAA.

Airing his concerns, Dr. Pieter Cohen (Harvard Medical School) said: “There’s not a single experiment that we are aware of, in which this substance was given to humans.”

Supplement manufactures who favor the use of DMBA usually tout the ingredient as weight loss provider, an athletic performance booster, and/or a brain function enhancer. Unfortunately some supplement users report side effects that include jittery feeling and tunnel vision. Such reports caused researchers in the Netherlands to run tests on several supplement brands that contained quantities of DMBA. After the tests were completed the researchers concluded: “The FDA and other regulatory bodies should, without delay, warn consumers about the presence of DMBA in dietary supplements and clarify the legal status of DMBA. Until consumers can be assured that sports, weight loss and mind enhancing supplements do not contain untested pharmaceutical drugs, these products should be avoided.” 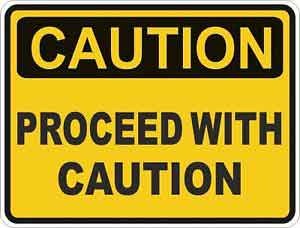 Although stimulants such as DMAA and DMBA may offer some benefits dieters may find enticing, they also have the potential to present serious health risks. Many dieters are likely to be unaware of this fact because supplement manufacturers tend to play up the possible benefits while either ignoring the dangers or making a token warning statement that is often hidden somewhere in the small print. This is situation that does not bode well for dieters and it is also worth noting DMAA and DMBA are not the only offenders. Many other stimulants can prove to be just as hazardous, including synephrine and yohimbe bark extract. Again the dangers are usually played down, so it really is a case of “buyer beware”.

Building muscle, strength, speed and explosive power while keeping your diet under control is one of … END_OF_DOCUMENT_TOKEN_TO_BE_REPLACED

Leanbean is a female fat burner manufactured in the USA. As is normally the case with diet pills for … END_OF_DOCUMENT_TOKEN_TO_BE_REPLACED

Boss Shred is a twelve week workout program created and offered by Boss Workouts. It is specifically … END_OF_DOCUMENT_TOKEN_TO_BE_REPLACED