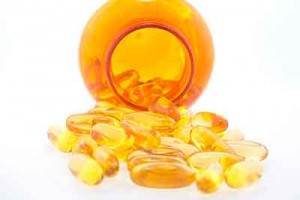 Fish oil is a lot more complicated than most people realize. Believe it or not, there are hundreds of types of fish oil. Each one provides different amounts of EPA and DHA omega-3 fatty acids and the ratio of one to the other can have a big impact on how well each fish oil performs certain functions.

In the case of a supplement that contained equal parts EPA and DHA neither would dominate and the body would then be able to choose which form it absorbed and the supplement may then fail to help the user move closer towards the desired goal.

Also, considering the activity of DHA particularly, the reduction of fat or at least the attenuation of obesity is another excellent benefit to taking an appropriate dosage of this supplement.

It has been known for sometime that the oil from fish is of benefit to our health, but now that we are getting closer to identifying the perfect balance in our body, it is an exciting time.

Adding another supplement – a muscle-builder or fat-burner, or both – might really help yourself to achieve your body composition goals. Click on either of the links below to read a review of the best of both types of supplement.

The Fishy Facts about Omega-3

EPA (eicosapentaenoic acid) and DHA (docosahexaenoic acid) are omega-3 fatty acids that can be obtained from fish, but both can also be found in certain nuts and seeds. The body does not need to rely on such sources completely though. If the diet supplies alpha-linolenic acid, the body is capable of converting it to EPA and DHA.

Omega-3 fatty acids are credited with numerous health-boosting abilities, including:

All of these benefits have been attributed to the presence of either EPA or DHA, which appear to have the ability to lower triglycerides.

DHA is present in all the organs, but is most abundant in the brain and retina. EPA is stored in much lesser quantities, is in constant use, and must continually be replaced. A growing body of scientific evidence suggests the effect each fatty acid form has on the body is decidedly different.

Many experts agree that EPA appears to be the dominant fatty acid and that it offers the most benefit. Bearing in mind the body’s limited supply of EPA and constant need to replenish it; supplements that provide a higher ratio of EPA than DHA, or contain 100% EPA, are sometimes considered to be the most effective.

Studies show EPA is a precursor to several immune system messengers (eicosanoids) which can provide anti-inflammatory benefits. EPA also has the ability to compete against and displace inflammatory-inducing Omega-6 compound called AA (arachidonic acid), robbing it of much of its power. The value of this is uncertain as AA has been shown to provide anabolic behaviour for people interested in growing muscle mass.

The correct dosage for Omega-3 fish oil supplements should always be based on the EPA and/or DHA content rather than the total amount of fish oil provided. The ratios can vary considerably, but a mixture of 180mg EPA and 120mg DHA is not an uncommon amount per capsule.

There is no established dosage for children so anyone under the age of 18 should only take Omega-3 fish oil supplements if its use has been approved by their doctor. It is also worth noting Omega-3 can supplements can increase the likelihood of bleeding; so 3g per day should never be exceeded by anyone unless a doctor has sanctioned a higher dosage. 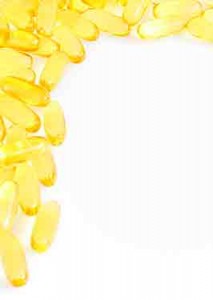 There appears to be a lot of conflicting information available about Omega-3 fish oils. This strongly suggests the need for further study.

For instance, some experts state the levels of EPA and DHA need to be mismatched to offer maximum results, yet the AHA appear to recommend equal quantities of both. The AHA also suggests dosages of Omega-3 fish oil that are higher than 3mg, but many experts claim this may be unsafe.

With so many differing opinions as to how much is safe and what the correct proportions are, it would therefore seem wise for all potential Omega-3 fish oil users to lean toward caution and use a conservative supplement. If concern still outweighs acceptance then they seek medical advice before commencing supplementation.

Building muscle, strength, speed and explosive power while keeping your diet under control is one of … END_OF_DOCUMENT_TOKEN_TO_BE_REPLACED

Leanbean is a female fat burner manufactured in the USA. As is normally the case with diet pills for … END_OF_DOCUMENT_TOKEN_TO_BE_REPLACED

Boss Shred is a twelve week workout program created and offered by Boss Workouts. It is specifically … END_OF_DOCUMENT_TOKEN_TO_BE_REPLACED