MAN Scorch fat burning capsules are produced in the US by Metabolic Augmenting Nutrition (MAN).

MAN appears to be a reputable company, several options are available for contacting customer services, and customers are provided with a money back guarantee (albeit it of an unspecified length).

Man Scorch has been designed expressly for men and the statement “reveal the steel” suggests it has also been designed with a particular kind of man in mind—the kind of man who goes to the gym and works out hard—but if the formulation works in the intended way any man should be able to reap the benefits with no dumbbells or sweaty towel required.

The main benefits promised are:

Man Scorch Pros and Cons at a Glance

Two (3 capsule) doses are required each day, but anyone who has problems tolerating stimulants is advised to reduce the initial dosage to 1 or 2 capsules and monitor for side effects.

The capsules should always be taken on an empty stomach. The first dose is required first thing each morning. The second dose should be taken during the afternoon, but four hours should be left between doses and capsules should never be taken after 4pm or sleep may be affected.

After eight weeks supplementation should be ceased for at least fourteen days.

Several customers report experiencing nasty side effects including dizziness, headaches and nausea, and one customer complains “made me an emotionally unbalanced wreck“.

This is not surprising because several of the ingredients are known to present issues and the inclusion of synephrine is the biggest issue of all because it has been linked to cardiovascular problems including heart attacks and strokes.

Some customers complain the product failed them:

“Save your money. Did not notice a difference between taking these and not taking them. If you want to drop weight, just get a sauna suit.”

“This supplement basically did nothing for me. I didnt get a hardcore thermogenic reaction, didnt feel any energy boost.”

But some of the reviewers express opinions similar to the two reproduced below:

“I have been very happy with this product. It seems to work well as both an appetite suppressant and energy booster. I lost around 20 pounds in 3 month’s with it and a small increase in physical activity.”

“It’s a great appetite suppressant without the up and down of some days hungrier than others. I highly recommend this product.”

Where to Buy MAN Scorch

A bottle of 168 MAN Scorch capsules costs just under $40 from the MAN website and worldwide shipping is available. Man Scorch can also be purchased via the Amazon marketplace and from a number of online retailers including eSupplements.com and the Bodybuilding.com online store. 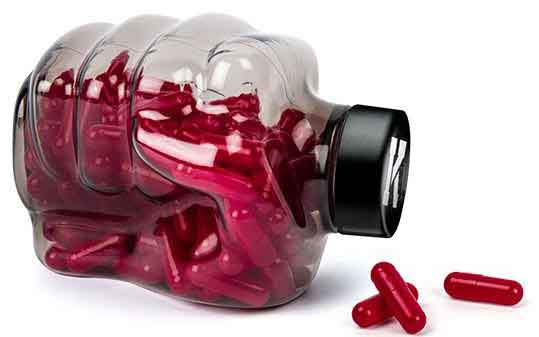 Its hard to look outside of Instant Knockout – a fat burner that has been developed especially for those you are want to burn fat while keeping lean muscle mass.

Instant Knockout contains some of the strongest fat burning ingredients. It is also available to buy without a prescription. Shipping is to most countries

Building muscle, strength, speed and explosive power while keeping your diet under control is one of … END_OF_DOCUMENT_TOKEN_TO_BE_REPLACED

Leanbean is a female fat burner manufactured in the USA. As is normally the case with diet pills for … END_OF_DOCUMENT_TOKEN_TO_BE_REPLACED

Boss Shred is a twelve week workout program created and offered by Boss Workouts. It is specifically … END_OF_DOCUMENT_TOKEN_TO_BE_REPLACED