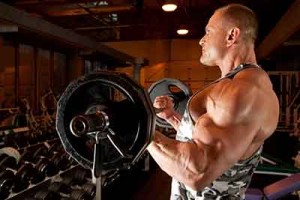 “Vasodilation” – it’s an impressive word, but the process it refers to is actually pretty simple. When you get down to it, it’s just a fancy way of describing a process by which the blood vessel walls are relaxed, thereby allowing the blood vessels to become wider.

It is a natural process, and very useful for bodybuilders, but the “vasodilation” effect does not always kick-in at the time when bodybuilders need it the most- hence the popularity of Nitric-Oxide Boosters (NO-Boosters) that can jump-start the process and allow bodybuilders to experience the muscle-pumping benefits of vasodilation at a time when it will produce the best results.

Why is Vasodilation Beneficial for Bodybuilders? 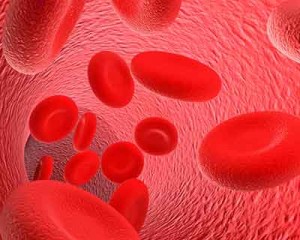 The arteries, veins, and smaller blood vessels carry blood to the muscles. A good supply of blood is necessary to provide the muscles with all the nutrients and oxygen they need to perform their actions in the most efficient way and to heal during post-training periods.

In simple terms, the blood vessels are nothing more than tubes. Each one has a different width and width is important. Think of a garden hosepipe. It’s quite wide, isn’t it? Now think of a straw and imagine how inefficient hosepipes would be if they were no wider than a straw. It would take too long to provide the plants with the water they required to nourish their growth.

Keeping that in mind, it is easy to understand why slightly wider blood vessels can improve muscle growth and repair, and vasodilation also enables the blood to carry away performance-hindering chemicals such as ammonia (generated while the muscles are at work). Supplements that trigger vasodilation are called vasodilators, or “NO boosters”, and a number of ingredients have become very popular for achieving this effect.

Most Popular Nitric-Oxide Boosters
Take a look at our reviews of some of the most popular supplement vasodilators on the market today.

Click on any of the links to read the full review.

Six of the Best: NO Boosters that Work

Citrulline Malate is a combination of citrulline (amino acid) and an organic salt called malate. Citrulline Malate is converted to Arginine in the kidneys and can actually increase plasma arginine levels for a longer time than if arginine itself is taken, making it more effective than arginine for longer term vasodilation. It is doubly effective because it can rid the system of ammonia, lactic acid, and other chemicals that can sap the body’s strength and limit training potential.

Nitrosigine is a patent-protected ingredient developed by Nutrition 21. It provides a complex mix of arginine and silicate that has been scientifically proven to provide safe and effective vasodilation. In fact, the pilot study showed supplementation with Nitrosignine also resulted in an increased silicon (strengthens the blood vessels) level that lasted for 1 1/12 hours. The increase in in arginine lasted twice as long. Arginine is vitally important for protein synthesis, so it is easy to see why this trademarked ingredient has such good potential.

Arginine AKG is a non-essential amino acid the liver requires to manufacture NO. Apart from its NO-boosting effects, Arginine AKG is often used to treat intestinal/stomach disorders and has also shown some potential as a libido enhancer. A common ingredient in many bodybuilding blends, it helps the liver to break down ammonia, thereby enabling longer-lasting exercise periods that can provide enhanced results and minimise post-workout stiffness and pain.

Norvaline contributes to the NO boost by inhibiting an enzyme called arginase, which wastes lingering arginine. The effect is simply to keep arginine around for longer, thus increasing its NO boosting time. There are some detracting studies which indicate that arginase is a useful limiter of the NO cycle and should not be hindered overtly. The amount included in supplements is most likely within safety limits.

An agmatine supplier, agmatine sulphate is a metabolite of the amino acid L-arginine. It is a relatively new ingredient that is becoming increasingly popular in bodybuilding circles, and has a good reputation for boosting NO levels. There is also a growing belief that pre-sleep supplementation with Agmatine sulphite may encourage the release of Human Growth Hormones.

Niacin is also believed to facilitate vasodilation and it offers the added benefit of supporting healthy lipid metabolism. It is further reputed to boost production HGH and help the body convert food into energy.

Flush form Niacin is called that because of the reddening effect caused by the blood rush, in-turn caused by the vasodilation. Many manufacturers are making flush-free niacin because the flush side effect is unwelcome by some. One man’s side-effect is another man’s benefit – at least in this case.

The fact that effective vasodilators and nitric-oxide boosters can help purge the muscles of the performance-limiting chemical by-products that are part and parcel of the bodybuilding process is a worthy benefit in itself. Any supplement that enables the user to maximise training sessions can only improve results.

However, the benefits of vasodilation can often be further exploited by stacking vasodilators with other supplements that can provide extra nutrients, giving the muscles more of what they need and doing so as quickly as possible. It’s a win-win situation and if the right combination of supplements is chosen the benefits obtained could be very good indeed.

Building muscle, strength, speed and explosive power while keeping your diet under control is one of … END_OF_DOCUMENT_TOKEN_TO_BE_REPLACED

Leanbean is a female fat burner manufactured in the USA. As is normally the case with diet pills for … END_OF_DOCUMENT_TOKEN_TO_BE_REPLACED

Boss Shred is a twelve week workout program created and offered by Boss Workouts. It is specifically … END_OF_DOCUMENT_TOKEN_TO_BE_REPLACED