Why is Bench Press a Pillar of Strength? 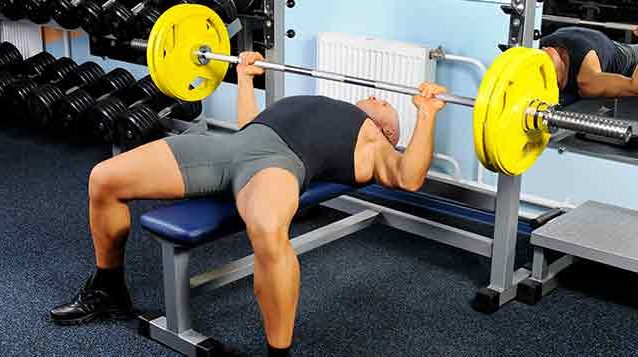 “What do you bench, bro?” – the question asked by many a young round-shouldered-stick legged-creature at the gym.

It is the single most important number to anyone who skips leg day on a regular basis. Strength – to these people – is defined by the bench press.

So pervasive is it amongst the young gym community that some male physiques are being warped to the point of chronic injury.

Shoulders scooped forward, upper back all hunched and rounded, and legs that look like they’d be more suited to a reverse knee joint with talons instead of toes.

The thing is, despite this, the bench press is still a hugely important exercise. It is, after all, one of our 4 dynamic lifts in the five pillars of total body strength.

However, the balance of all of the lifts in your gym schedule is the key to a balanced and harmonious physique. The rounded shoulder look is due to the imbalance between chest muscles (too strong) and the back and shoulder muscles (too weak).

One pulls at the other, which also puts the latter under considerable and perpetual strain.

A strong, well defined, chest is both useful and aesthetically pleasing to the eye. While we think there can be too much emphasis placed on the chest – in detriment to other muscle groups – it is a very motivating sight when your physique is balanced and your chest is pure muscle. 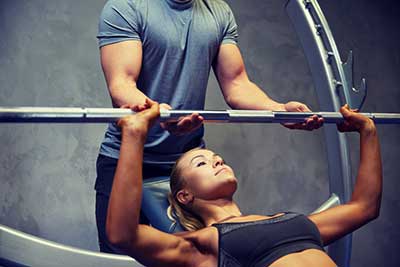 You won’t be surprised to know that we recommend doing the 4 big lifts: Deadlift, Squat, Military and Bench on 4 different days.

Big compound strength movements like these take longer to recover from and build the muscle from than higher rep set work on smaller muscle groups.

That’s because you are actually breaking the fibres and then rebuilding them stronger. You might think that you should do more, but remember that it’s not as if you are using entirely separate muscle groups anyway.

That’s why they are called compound lifts; because the incorporate several muscles into one movement.

For the Bench Press in particular, it’s a good idea to do a flat bench, followed by declined (head lower than butt) and if you want to do inclined and can still lift the bar then go for it.

Those three angles will cover the pectoral muscles fairly well.

You can also add dumbbells to really finish off the muscles. Dumbbell fly, press and overhead raise are perfect for this. You can also do the press and the fly to failure, i.e. where you cannot perform another rep.

The video embedded below, taken from Layne Norton’s ‘How To’ guide on lifting (bodybuilding.com) is probably the most complete, and well filmed, guide to benchpress that we have seen recently.

There are several points which most people don’t even consider before they lie back on the bench and grab the bar. For something which appears to be a simple movement, there are a few elements to it that make practice a necessary part of your training.

Don’t start too heavy, especially while learning the technique. The empty bar is a great way to get the movement down tight.

Strength sets are much the same as any we have discussed in this series. Small rep-count for about 5 or 6 sets.

A spotter is necessary of course, because strength sets require you to lift closer to maximum than you are used to doing in an 8-12 rep hypertrophy set. 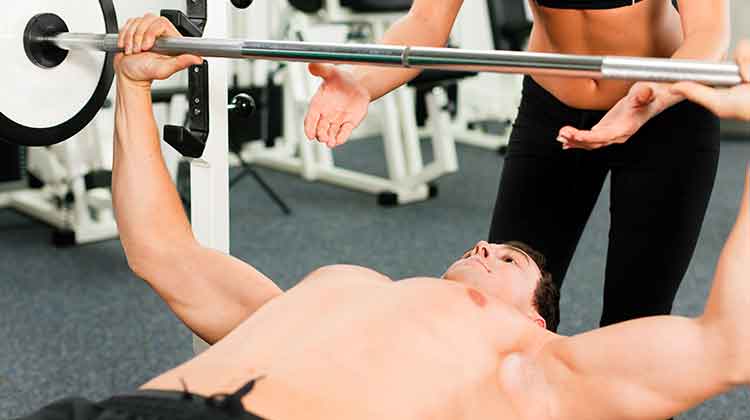 The 1RM – or One Rep Max – should be done sparingly in our opinion. A spotter who knows what they are doing is essential.

Also, you should only think about doing a 1RM if you have got the technicalities of the movement down so well you could do it in your sleep.

Work up to the 1RM so that at the point of doing it you are warm and feeling springy energy in your muscles.

Building muscle, strength, speed and explosive power while keeping your diet under control is one of … END_OF_DOCUMENT_TOKEN_TO_BE_REPLACED

Leanbean is a female fat burner manufactured in the USA. As is normally the case with diet pills for … END_OF_DOCUMENT_TOKEN_TO_BE_REPLACED

Boss Shred is a twelve week workout program created and offered by Boss Workouts. It is specifically … END_OF_DOCUMENT_TOKEN_TO_BE_REPLACED