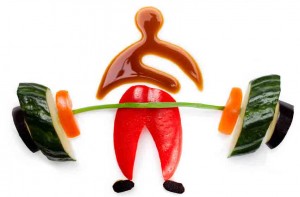 There is a longstanding belief in bodybuilding circles that the “little but often” approach to nutrition can boost the metabolism and encourage improved fat burning abilities. This practice is commonly referred to as “metabolic fire stoking”. But can eating six smaller meals each day really offer bodybuilders an advantage over their gym-buddies who prefer to eat three larger meals per day?

Ensuring the muscles have a constant supply of nutrients at hand throughout the day is never a bad thing, but as far as metabolism boosting goes the answer is probably a big fat “no”. The metabolic fire stoking theory was disproved by a study conducted in France, in 1997, and later published in Obesity in 2012. At the end of the study period the researchers concluded: “A detailed review of the possible mechanistic explanations for a metabolic advantage of nibbling meal patterns failed to reveal significant benefits in respect of energy expenditure.” More recent research supports these findings and, at the present moment in time, the metabolic fire stoking theory cannot be supported by cold, hard facts.

What the Scientists Found

Although some earlier studies offered slight indications that eating six smaller meals per day may have a metabolism-boosting effect, the researchers who conducted the aforementioned study were forced to conclude that any weight lost by the test subjects in earlier studies was more probably due to an overall reduction in calories throughout the day. It matters little how many meals are eaten each day, the simple math remains the same—if the diet provides insufficient calories for the body’s needs it will be forced to begin burning body fat to attain the extra energy it requires.

It is also worth noting that some studies indicate eating less food, but more frequently, can actually lead to weight gains, but these studies are often overlooked by people who are researching the possible links between meal frequency and metabolic speed. This is not a great concern. Such studies can also be easily rebuffed because, once again, it all comes down to how many calories the meals provided rather than the interval in which they were provided. If the body gets too many calories fat stores are formed. If the calorie count drops too low those fat stores are burned. It’s all very simple, so it’s a pity so many people try and complicate matters by presenting so many wild, unfounded theories.

Although eating six meals per day (separated by two to three hours) is unlikely to speed up the metabolism, bodybuilders who choose to follow such an eating pattern may attain other benefits.

People who eat six meals per day are less likely to suffer hunger pangs than people who eat just three meals a day. After one study, conducted at the University of the Witwatersrand Medical School (Johannesburg, South Africa), the researchers concluded: “These data suggest that when the nutrient load was spread into equal amounts and consumed evenly through the day in lean healthy males, there was an enhanced control of appetite.”

The human body requires a constant supply of energy to power all of its everyday functions. Breathing, blinking—even thinking involves a calorie burn and the more intense the activity the more calories will be required. Spreading the (energy-providing) meals out throughout the day can help ensure those calories are readily available. Most bodybuilders are aware of the benefits of eating complex carbs. They deliver their energy slowly and steadily and are a much better fuel than simple carbs that provide a quick energy blast that is too much too soon for the body’s requirements and often results in the excess calories being converted to fat. Just like eating complex carbs, eating smaller meals, but more often, can support the body’s needs without increasing the likelihood of weight gain. 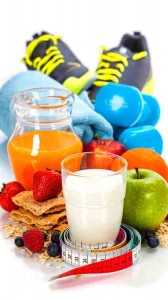 Muscle tissue requires numerous nutrients throughout the day. Some nutrients are needed to power activities; others are needed for maintenance and growth. Any dietary practice than can help ensure those all-important nutrients are readily available can help facilitate more intense workout periods while also ensuring muscle growth is maximized during non-training periods and whenever the body is at rest.

Although the mythical benefits of metabolic fire stoking may have no basis in fact, eating an increased number of smaller meals instead of a few larger ones can offer many benefits that should make the slight dietary adjustment worthwhile. But whether the end goal is weight loss, muscle growth, or both; the importance of monitoring and controlling the total daily intake of calories remains of vital importance. If too many calories are consumed per day—all at once or throughout the day—weight gain is inevitable.

Finding it difficult to put on mass by any chance? Try reading our article on the best foods for hardgainers.

Building muscle, strength, speed and explosive power while keeping your diet under control is one of … END_OF_DOCUMENT_TOKEN_TO_BE_REPLACED

Leanbean is a female fat burner manufactured in the USA. As is normally the case with diet pills for … END_OF_DOCUMENT_TOKEN_TO_BE_REPLACED

Boss Shred is a twelve week workout program created and offered by Boss Workouts. It is specifically … END_OF_DOCUMENT_TOKEN_TO_BE_REPLACED