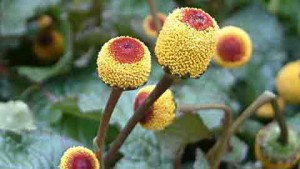 Spilanthes Acmella is a species of flowering herb native to South America. It has a number of uses and is often employed as a cure for toothache. In Brazil it is also a common ingredient in salads, a fact that may explain all of the hot-blooded Latin passion because spilantes acmella is also believed to be an aphrodisiac. The ingredient has also gathered somewhat of a reputation as a testosterone booster, even though the only supporting evidence of this hails from a single study conducted on … END_OF_DOCUMENT_TOKEN_TO_BE_REPLACED

Building muscle, strength, speed and explosive power while keeping your diet under control is one of … END_OF_DOCUMENT_TOKEN_TO_BE_REPLACED

Leanbean is a female fat burner manufactured in the USA. As is normally the case with diet pills for … END_OF_DOCUMENT_TOKEN_TO_BE_REPLACED

Boss Shred is a twelve week workout program created and offered by Boss Workouts. It is specifically … END_OF_DOCUMENT_TOKEN_TO_BE_REPLACED