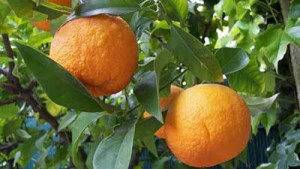 You may have seen the ingredient bitter orange, or Citrus Aurantium in the formula of many branded fat burners and pre-workouts. These ingredients are actually the same thing and have been included due to a compound called synephrine, which is almost ubiquitously used as a fat burner within the supplement industry. You have also most likely heard of a molecule called Ephedrine, a stimulant clouded in a lot of controversy for its potent effects but occasional and somewhat unpleasant side … END_OF_DOCUMENT_TOKEN_TO_BE_REPLACED

Building muscle, strength, speed and explosive power while keeping your diet under control is one of … END_OF_DOCUMENT_TOKEN_TO_BE_REPLACED

Leanbean is a female fat burner manufactured in the USA. As is normally the case with diet pills for … END_OF_DOCUMENT_TOKEN_TO_BE_REPLACED

Boss Shred is a twelve week workout program created and offered by Boss Workouts. It is specifically … END_OF_DOCUMENT_TOKEN_TO_BE_REPLACED